A Poem is Being Written
Angus Brown 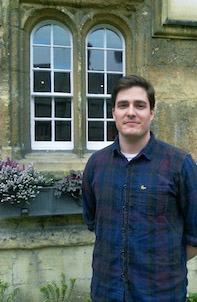 ‘A Poem Is Being Written’ beckons its readers through a mist of admissions and refusals towards a more experimental, a more personal, approach to critical writing. This chapter of Tendencies explores poetry, sexuality, and gender through their relation to Eve Kosofsky Sedgwick’s fantasies about spanking. In a serious and sustained attempt to outline these oblique correspondences, Sedgwick makes a series of surprising, unnerving, reassuring, mystifying, and, ultimately, enabling admissions. Reading this essay for the first time, I did not expect Sedgwick to let me read her own adolescent verse. Or to discover that, until she wrote this essay, she did not know exactly what a doorjamb was. Later I was surprised that Sedgwick identified, happily surprised that she could identify, across genders and across sexualities, “‘as’ a gay man”.(1)1) Sedgwick, Tendencies, 209. These admissions are tied to refusals: the refusal to settle on an essential, reducing identity; the refusal to pretend to know; the refusal to enunciate a sexuality that is anything other than complex and riddled with opacities; and the refusal to recognize generic borders.

In ‘A Poem Is Being Written’, these resistances allow Sedgwick to let theory, poetry, autobiography, and critical prose bleed into one another. The resulting essay, insofar as it is an essay, suspends a generative, fastidiously unresolved first person in dialogue between genres. The very title, ‘A Poem Is Being Written’, unbalances the generic standing of the piece of writing beneath it. It invites us to imagine a poem unfolding alongside, or even within, the essay we are reading. Sedgwick stresses that her “meditation on the punishing of children has occurred forward and backward across years, and across the gaps between poetry and theory – and so”, she concludes, “I’ll need to present it here”. But where, and what, exactly is “here”? Where are we when Sedgwick is writing her poem? According to her, “here” is “the ground of exception”, “the space of professional success and of hyperconscious virtuosity”. Here, then, is a generically indeterminate space somewhere between autobiography, criticism, and poetry. Here is where Sedgwick can outline a childhood poetics: a personal theory of enjambment that she associates with children being beaten.

“When I was a little child” Sedgwick writes, “the two most rhythmic things that happened to me were spanking and poetry”. In particular, she recalls spending hours – “probably really hundreds of hours – reading and rereading one bad poem by Louis Untermeyer”. The young Eve Kosofsky was “genuinely in love with something in this poem”: it gave her power. “The name of that power […] is, enjambment”.(2)2) Sedgwick, Tendencies, 181-182. Always precocious, the child who read and reread this poem was already writing poetry of her own. Untermeyer’s ‘Disenchanted’ gave her the power of enjambment to wield as a poet in her own right. The poetics that Sedgwick goes on to describe, and that she performs in the poetry that her essay quotes from, enfolds a fantasy of paralyzing discipline and masturbatory bliss between its line breaks.

The boundaries of the highly specific spanking fantasies that Sedgwick recounts are carefully cauterized. She writes:

the spanking in my imagination has always occurred over a table, a table scaled precisely to the trunk of the child, framing it with a closeness and immobilizing exactitude that defined, for me both the English word truncate and the French, of course, tableau. The glamorized, inbreathing theatrical space of the spanking thus contracted to the framing of a single, striped, and sectioned midbody that wanted to move and mustn’t.(3)

3) Sedgwick, Tendencies, 183.A need for exact and rigid outlines transfixes this passage and contours the visuals of Sedgwick’s fantasy. Those phrases, “scaled precisely”, “framing it with a closeness”, “immobilizing exactitude”, “contracted to the framing”, and “sectioned midbody”, erotically delineate the borders of the child’s punished body. It is imperative in this fantasy that the figure of the child is “decontextualized”(4)4) Sedgwick, Tendencies, 183., sealed-off, and visually abbreviated. Sedgwick imagines a poetics through this fantasy and ‘A Poem Is Being Written’ imbricates poetic form with this painstakingly stylized tableau:

I visualized enjambment very clearly as not only the poetic gesture of straddling lines together syntactically, but also a pushing apart of lines. In terms of the beating of the poem, enjambment was, in the fantasy that shaped my poetic, the thrusting up out of the picture plane in protest by the poem’s body of a syntactic thigh or shank that would intercept, would retard the numbered blow: would momentarily wedge apart with sense the hammering iteration of rhythm. Would say no.

After reading this passage, this refusal hovers around each line of Sedgwick’s poetry. Even if the line isn’t enjambed, I still look for traces of that “no”. Sedgwick’s critical prose, too, is shaped by poetic refusal. In a 1995 interview, Sedgwick said: “I see generic differences, but I strongly resist seeing categorical differences in the kind of undertakings theory and poetry are”. In what remains of this paper, I want to resist seeing separations between poetry and criticism, and use Sedgwick’s formalist erotics of enjambment to read a theory of quotation into ‘A Poem Is Being Written’. I want to suggest that the fantasy that binds Sedgwick’s poetic hints at the erotic potential of acts of quotation.

In Sedgwick’s imagination, the precisely delineated trunk of the disciplined child corresponds to the disciplining rhythms of the lyric. In my imagination, that trunk, framed with immobilizing exactitude, corresponds to the poems, and the cropped extracts of poems, that Sedgwick’s essay quotes from. Like the truncated bodies of her fantasies, punished over a table, the indented quotations from Sedgwick’s poetry that appear in ‘A Poem Is Being Written’ are sectioned, decontextualized, and roughly rectangular. Untermeyer’s “bad poem” is made an example of: cropped and chastised by Sedgwick’s critical prose. By placing her own poems within this chapter, and by indenting them, Sedgwick adheres to the typographical conventions of the critical essay that quotes poetry and in doing so sinks the fantasy that informs her poetry into her critical practice.

In a literary essay, indented quotation offers a critical counterpoint to, and a visual approximation of, “the thrusting out of the picture plane in protest by the poem’s body”. On the literary critical page, what thrusts out of the picture plane is not the space between the line breaks of a poem but the white, indented space separating poetry from prose. This space of indentation occurs between Eve Kosofsky Sedgwick’s prose and mine when I quote from her. In the fantasy of enjambment that Sedgwick’s essay enunciates, and the recalibrated fantasy of quotation that I imagine here, the fluctuating currents of critical power and authority oscillate across blank space. In this fantasy, when I crop and paralyze parts of this chapter of Tendencies through acts of quotation I preserve a series of numinous, intractable filaments of Sedgwick’s writing within my exegesis of it. As I attempt to change how Sedgwick’s essay might be understood I subject extracts from her work to my critical needs, pressures, and judgments. In this sense, the quotations I excise from ‘A Poem Is Being Written’ are, to an extent, at my mercy.

In her fantasy of spanking, Sedgwick figures this power relation in terms of directionality: “the frontality (to the viewer) of the tableau” and the “backness (from the child) of the backside”.(5)5) Sedgwick, Tendencies, 198. She relates this directionality to her first, abbreviated reading of David Copperfield, recalling that

the reading was itself truncated – cut off, then put off for a couple of decades – by the intensity of my pain, or excitement, or something, at the image of a child made to wear on his back a placard, “Take care of him. He bites.”(6)

6) Sedgwick, Tendencies, 198.In this quotation, Sedgwick’s reading is truncated, relocated, and held at a contextual and temporal remove from Tendencies. What Sedgwick calls, the “potential for a terrifying involuntarity of meaning, in the body of a child”(7)7) Sedgwick, Tendencies, 199. is nascent, both in her quotation from Dickens, and in my expropriation and extreme contraction of the body of her essay. Returning to “the placarded David”, Sedgwick writes:

here, the potential excitations of something or somebody endlessly at, on, in one’s back, when they become palpable at all, must do so not only with but through an unappeasable anxiety (or alternatively depression) and shame of visibility.(8)

At the same time, in my acts of quotation above, I have striven to accurately replicate, to preserve the portion of the text that I reproduce in front of me. In doing this, I preserve the potential resistance in that quotation to the meaning I am trying to associate it with. Whatever I am writing around that extract, the quotation is saying something else; it has a different focus. One way or another (to different extents depending, perhaps, on who might be reading this essay behind my back) the contents of my quotations are saying “no”, they refuse to be wholly effaced by my reading. What ‘A Poem Is Being Written’ shows us is that critical sense doesn’t emanate from a direct and unimpeded top-down application of the critic’s meaning to a literary text. It comes from a dialogue between critical writing and its object of study. Sedgwick’s essay invites us to imagine this dialogue, bound by critical rigour but unconstrained by generic parameters and anxieties over propriety. In 2011, a previously unpublished essay that Sedgwick wrote around 1977 called ‘The 1001 Seances’ appeared in a special issue of GLQ: A Journal of Lesbian and Gay Studies. Hal Sedgwick’s introduction to the essay warns readers that “the author of this essay might seem like an Eve before she was Eve”: an Eve at a contextual and temporal remove from what we might recognize or expect. For me, ‘A Poem Is Being Written’, is a snapshot of Eve becoming Eve: an account of the self that exists between genres, between lines, between Eves, and, when we quote from it, between us.