Tales of the Avunculate: Queer Tutelage in The Importance of Being Earnest
Ben Nichols 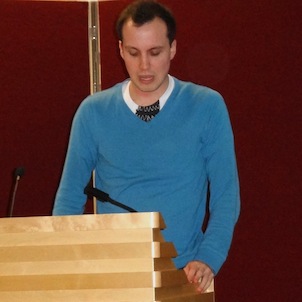 I want to start, not with Tendencies, but with the text whose work it continues: that is, Sedgwick’s Epistemology of the Closet and in particular its opening paragraph. Often cited, and doubtless familiar to many here, that opening posits that “[A]n understanding of virtually any aspect of modern Western culture must be, not merely incomplete, but damaged in its central substance to the degree that it does not incorporate a critical analysis of modern homo/heterosexual definition”.(1)1) Eve Kosofsky Sedgwick, Epistemology of the Closet (Berkeley: California University Press, 1990), 1.

On one hand, this suggests that there are many formations in Western epistemology that emerge simultaneously with the punishing homo/heterosexual opposition. Consequently, seemingly unrelated phenomena are imbricated with this sexual knowledge regime. Some of the knowledge structures Sedgwick turns her attention to in her work from this period include, for example, the privileging of the meaningfulness of speech over silence, understandings of addiction in terms of an opposition between voluntarity and compulsion, and strategies for figuring fatness or the fat body. The way culture manages knowledges around these issues, and even knowledges of knowledge itself (as in Sedgwick’s chapter on The Nun in Tendencies), is mixed up with the particular sexual dispensation in the modern west.

On another hand, the opening of Epistemology can be read as a precursor to the now commonplace queer theoretical imperative to do justice to so-called intersectionality. This imperative states that it is not enough to provide analyses along the axes of sexuality, one must include analysis of its intersection with other forms of difference. Sedgwick makes a similar point in ‘Queer and Now’: “a lot of the most exciting recent work around ‘queer’ spins the term outward along dimensions that can’t be subsumed under gender and sexuality at all”. For example: “the ways that race, ethnicity, postcolonial nationality criss-cross with these and other identity-constituting, identity-fracturing discourses”.(2)2) Sedgwick, Tendencies, 8-9; original italics. This has connections with the management of knowledges mentioned above, insofar as knowledges about these minoritarian differences are structured analogously to those that define sexuality. The focus in this second gloss has shifted, however, from, in broad terms, everything being about sexuality, to the inclusion of sexuality as a necessary axis of intersection, as one difference among many.

In terms of Sedgwick’s essay, ‘Tales of the Avunculate: Queer Tutelage in The Importance of Being Earnest’, (which is the chapter I’m supposed to be talking about) the approach is, broadly, the first. In Earnest, Sedgwick finds an engagement with structures of knowledge about the family. She reads the play against a critical orthodoxy in which it is interpreted as aligning homosexual possibility with the subversion of the Name of the Father. That is, this critical orthodoxy remains indebted to certain theoretical projects—namely psychoanalysis and deconstruction—that in some sense rely for their interventions on an Oedipal process that establishes the authority of the Name of the Father in the first place. This orthodoxy reads the homosexual possibility in the play in relation to either “inversion” or “homo” models of homosexual identity. That is, either in terms of the model of an opposite-gendered soul trapped in one’s body (“inversion”), or the model of relations between people defined as of the same gender (“homo”). Sedgwick argues that Wilde did not gravitate towards either. Rather than offering another argument in relation to these models or to the concept of the Name of the Father, Sedgwick suggests that we look to the ways in which the play draws on different strategies for imagining non-normative sexual desires that obtained in its historical moment and were based on the model of avuncular relations. The play tells us to: “Forget the Name of the Father. Think about your uncles and your aunts”.(3)3) Sedgwick, Tendencies, 59. “Aunt” and “Uncle” are historical terms, Sedgwick writes, for indicating forms of male subjectivity and relation: “aunt” denotes a man of effeminate queenly demeanour, “uncle” an older man’s relation of initiation to a younger man. Focussing on these forms of subjectivity is imagined to avoid reproducing the Oedipal formula based around the Name of the Father. However, Sedgwick wonders if it is right to argue, as she might seem to have been doing, that we need a more elasticated concept of the family, which might include more avuncular-type relations. She concludes, however, that insofar as this approach still uses familial metaphorics, and so still takes place in relation to what she calls the Name of the Family (which she thinks has superseded, but occupies a similar place to, the Name of the Father), it still produces an interpretive limitation. The question that the chapter raises, then, but finally leaves unanswered is: How to think outside the Name of the Family?

Fair enough; this seems like an important question to ask. It’s not a question I’m going to try to answer here though. (If one did want an answer to this question, one could start with an argument of Michael Lynch’s that Sedgwick cites to the effect that, rather than assimilating queer relations to familial models, we might try to install modes of queer friendship at the heart of our imaginations of relationality).(4)4) Sedgwick, Tendencies, 71-72.

The reason I don’t intend to answer this question is because there is another regime with which Sedgwick’s chapter engages, which I’m calling the Name of the Familiar. One of the structures of knowledge that Sedgwick notes is marked by homo/heterosexual definition is, of course, the opposition same/different. I think it’s fair to say that Sedgwick herself never seemed that interested in this particular structure other than in making the observation that modern sexual subjectivities have become organised into two factions: those defined as having a constitutive relation to sameness and those based on a defining difference. Of course, this split is also a hierarchy: difference is valued over sameness. But, as I just mentioned, Sedgwick does not seem to have been interested in the ways in which the manifestations of this value-judgment in seemingly unrelated contexts might also be linked to, or in some way about, the West’s sexual knowledge regime. There is no sense, for example, that it might play out in her own rhetorical moves which seem to borrow from the common sense that difference is always to be preferred. Critics who invoke the Name of the Father to show that Wilde subverts it, through, say, his use of homophonic puns, are convicted of “the same old play with the ‘same’” which subsumes Wilde’s “sexual different-ness”.(5)5) Sedgwick, Tendencies, 58. Because of what Sedgwick feels able to hypothesize about Wilde’s own erotic investment in cross-definitional sexualities, gay possibility in his play cannot be read in relation to sameness: it can’t undergo what Sedgwick calls “the ‘homosexual’ homo-genization that is by now critically routine”.(6)6) Sedgwick, Tendencies, 58. The critics she describes are part of “homogenizing modern(ist) interpretive projects”.(7)7) Sedgwick, Tendencies, 55. They are enabled by the “homogenizing heterosexist scientism of homo/hetero”.(8)8) Sedgwick, Tendencies, 67. Therefore it is “urgent” to find “alternative approaches”.(9)9) Sedgwick, Tendencies, 55.

By evoking a “same old” “homogenizing” “routine”, Sedgwick relies on the rhetorical force, authority and legitimation that accrue from associating any given idea, political process or interpretive move with sameness, which in the examples I’ve cited manifests in the mode of the familiar. We all know the way we are supposed to react to something figured as more of the same. Queer theory at large has come to rely on a set of similar rhetorical moves. For example, its most paradoxically cherished gesture is to definitively resist the sameness implied by the idea of normativity. The primary problem with normativity is that it leads to inequality (that is, unacceptable difference), yet it is conjured rhetorically as a homogenizing force, a cultural imperative for the imposition of sameness. Sedgwick figures the few critics (although she meaningfully engages only one), against whose accounts of Wilde’s play she seeks to argue, as a “routine”, even though they could easily (even more easily) be read as very different from each other. The formation of a critical “routine”, of course, is a very effective way to discredit one’s interpretive predecessors.

However, it is perhaps no surprise that these are the rhetorical strategies on which the chapter relies. After all, it was in Tendencies that Sedgwick contributed to the process of defining queerness, in its new early-90s academic guise, in an indicative relation to difference. For Sedgwick, “queer” names what cannot be made to “signify monolithically”,(10)10) Sedgwick, Tendencies, 8. spaces where “everything doesn’t mean the same thing!”(11)11) Sedgwick, Tendencies, 20. For her, one of the most exciting things about queerness, as in the second, intersectionalist interpretation of the opening to Epistemology that I mentioned before, is that it needn’t just be about sexuality: it can (mercifully!) be about different things too. If Sedgwick successfully organises against anything in this chapter it is not the Name of the Family, but instead what I’ve called The Name of the Familiar: a structure of knowing that upholds the value of what seems abjectly, intolerably, even reactionarily tied to sameness. If “family” and “familiar” are etymologically linked in the Latin familiaris, we might nonetheless want to question the extent to which the family is critiqued or problematized purely on the basis of its familiarity. This is because one of Sedgwick’s most insightful observations helps us to see that the idea of the “same old play with the ‘same’” gets its discrediting rhetorical traction from its relation to the homo/hetero split that is so definitive for modern epistemologies.