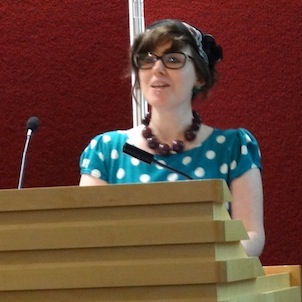 But in a little while I got steeped in authority
Heaven only knows what went wrong
There is nothing so cruel than
To bury that jewel
When it was mine all along
I’m gonna find it.(1)

I might call this paper ‘Intellectual Wanking: (I Know What You Did Last Term)’; the affective strategy of which would not only play upon the possibility of what Sedgwick calls ‘Paranoid Reading and Reparative Reading (Or, You’re So Paranoid, You Probably Think This Essay is About You)’ – and I hope in some way that you all know that my paper is – but also to finger the disciplining, accusatory, occasionally wagging and pointed, finger from which we are increasingly under pressure in Arts and Humanities as a discipline, as research productivity and value is increasingly understood in terms of public engagement and impact. As Arts and Humanities loses funding hand over fist (and I’ll discuss the ethics of fisting another time), and sciences are prioritised, to attach value in terms of ‘productivity’/’re-productivity’ arguably becomes an anti queer move. 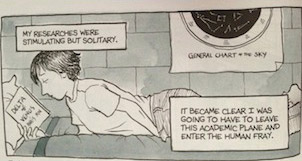 I am constantly being queried by non-academics friends (some of them scientific researchers), those in the ‘Human Fray’: “But, Izzy what do you do all day?” Often followed by: “also, working from home how do you get any work done?” The implication I take to mean, what with Internet pornography and a lot of, well, time on your hands – how productive could you possibly be?

And so, as an oscillatory gesture of pleasurable repetition – I will close as I opened, thereby leaving you with an opening: