Willa Cather and Others
Pam Thurschwell 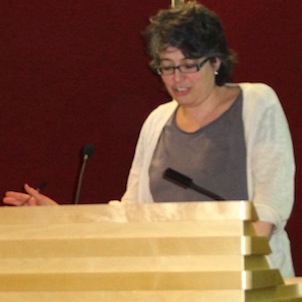 ‘Willa Cather and Others’ should be remembered in Eve Kosofksy Sedgwick’s wonderful oeuvre if only for the fact that, in it, she describes Prince’s  1987 song ‘If I Was Your Girlfriend’ as “astonishingly Proustian” (1)1) Sedgwick, Tendencies, 172., which surely must be one of the most accurate, and most evocative two word descriptions of a work in all of pop music criticism, gender theory, or, although my knowledge of this area is shakier, Proust criticism. But, in this essay, she also (some might argue, more centrally) writes about Cather’s 1905 short story, ‘Paul’s Case’ in a way, which I think, is a prime example of the structure of care which pervades her style and her work. Her readings here exemplify why thinking through Sedgwick’s criticism makes you cognizant of intimacies and entanglements with characters, with texts, and with language, which illuminate books, genders and sexualities, and their difficult to decipher historical moments, with an affective lucidity which is hard to do justice to in a 5-10 minute paper. I’ll do my best by talking a little bit about her reading of, and care for, Paul and Cather, and gesturing towards the kind of readings, and affective structures, it might inspire.

To travel with Sedgwick’s thinking on Willa Cather’s complicated relationship to her character Paul is to be caught up in a tangle of identifications and disidentifications, of affection and repulsion; in the essay Sedgwick unpicks the crossings which stratified and separated gay male from lesbian lives and cultures in the early 20th century—she then reaches for a kind of reparation, both in terms of what she sees Cather doing in the past, and in her own generous reading of the story, in the now of 1989 (when the essay was written).

Sedgwick reminds us of Cather’s sometime history of being an “effeminophobic bully” who wrote a damning indictment of Oscar Wilde at the time of his trials.(2)2) Sedgwick, Tendencies, 168. “Wilde ‘is in prison now’ Cather wrote in her newspaper columns in 1895, ‘most deservedly so. Upon his head is heaped the deepest infamy and the darkest shame of a generation. Civilization shudders at his name, and there is absolutely no spot on earth where this man can live.’”(3)3) Sedgwick, Tendencies, 169. And what, in Cather’s eyes was Wilde’s crime? Sedgwick wryly points out to us that it is not quite the one you might suspect: “‘Insincerity,’ Cather writes, ‘Art that is artificial and insincere […] for which there is no forgiveness in Heaven, no forgetting in Hell’”.(4)4) Sedgwick, Tendencies, 169. As Sedgwick puts it, “The odd oversight of the framers of the Criminal Law Amendment Act and the 1885 Labouchère Amendment to it, in omitting to include by name the unspeakable crimes of artificiality and insincerity, doesn’t slow Cather a bit in this determined act of redefinition”.(5)5) Sedgwick, Tendencies, 169. According to Sedgwick, Cather repudiates Wilde’s effeminate art of the artificial in order to distinguish it, and him, from herself, and her own sincere, American, butch art, steeped in a prairie realism, resting firmly on a love of the natural. Yet, as Sedgwick also points out, even as Cather disavows Wilde, she creates a space for some kind of awkward, future recognition of a shared sexual identity, a sort of off-hand, partially redemptive gesture toward the desires and acts which, when compared to the unspeakable aesthete’s sin of artistic artifice, are really not so bad as all that. As Cather goes on to write: “‘The sins of the body are very small compared with that’”; with artificiality.

Sedgwick continues, in a careful and attentive reading, to show Cather’s apparent change of heart toward Wilde through her rendering of the adolescent, criminal, would-be Wildean aesthete, Paul, in Cather’s own favourite of her short stories, ‘Paul’s Case’ from 1905. “If the early parts of ‘Paul’s Case’ seem written from […] unloving compulsions[,…] the latter part of the story, after Paul has stolen a thousand dollars from his father’s employer and run away to New York, opens out to what seems to me an amazing tenderness of affirmation”.(6)6) Sedgwick, Tendencies, 170. And I love that phrase and want to return to it, to try and describe what it would be like to write criticism with an amazing tenderness of affirmation.

Paul’s story ends with an interestingly semi-scientific, detached take on his suicide, but along the way something rather astonishing happens, something I had not noticed in my own compulsive re-readings of the story, until Sedgwick pointed it out. What happens? Well, Paul gets what he wants: the grand, luxurious, artificial high life of the Waldorf Astoria, and, it turns out that is actually what he wanted after all. How often does that happen, Sedgwick asks? “How common is it […] for a powerfully desiring character to get the thing that he desires, and to learn immediately that he was right—that what he wanted really is the thing that would make him happy?”(7)7) Sedgwick, Tendencies, 170. Especially when that thing is not great art, or great love, but rather the joys of consumer goods? (Think of how this plot development might have changed our take-away from Madame Bovary). In Paul’s case, we see him surrounded by specially purchased flowers, and an elegant new wardrobe in a luxurious hotel room, all bought with stolen money— he looks into the mirror and the story states, “Everything was quite perfect; he was exactly the kind of boy he always wanted to be”.(8)8) Sedgwick, Tendencies, 170.

For me, taking off from Sedgwick’s reading, this is amongst other things, a rather lovely ‘Screw you, Lacan’ moment. To give ‘the mirror stage’ it’s due, one could easily argue that this is a misrecognition, or at least a very fleeting satisfaction, and that in the unfolding of the story a punitive logic reasserts itself—Paul’s image here is a stolen and temporary one, and within a few pages he will throw himself in front of a train rather than returning to his desultory working-class life in Pittsburgh. However, Sedgwick’s reading points towards the wild unlikeliness of Cather’s and  the story’s ratification of the truth of Paul’s desire for artifice, at all—the story’s odd detached and clinical, yet also strangely satisfying narrative investment in Paul’s fulfilled image of himself. The ostracized, effeminate, neurotic and neurosis-producing in those who view him, queer, bullied boy gets his own back by rejecting his background, instead finding the wherewithal to create himself anew, and his self-fashioning make sense. Here, in the Waldorf Astoria, the mirror doesn’t lie:  “’He felt now that his surroundings explained him’”.(9)9) Sedgwick, Tendencies, 170. You might say that, in terms Cather might use to defend him, Paul is naturally artificial. Cather, here, does seem to take up Paul’s case on the affirmative side, and Sedgwick, follows her in making this affirmation stronger. The story, and Sedgwick’s subtle reading of it, creates a space where Paul’s arguably narcissistic, criminalized, eventually suicidal, adolescent love of a version of himself, becomes a kind of affirmation of a shared more capacious way of thinking about the self—one big enough to encompass Cather, Paul, Wilde. Paul does the reparative work for Cather’s earlier Wilde-o-phobia. Cather learns to love, and identify, again, and differently, reaching out to Paul across the gulf separating the butch lesbian author from the effeminate boy, in a way which critics such as Judith Butler and Christopher Nealon, as well as Sedgwick, have seen as potentially significant in marking a moment of a historical, as well as an individual’s affective shift, in which recognising a shared gay identity.(10)10) Sedgwick, Tendencies, 172. Away from gender toward sexual object choice.

To consider this realignment is to consider only one aspect of Sedgwick’s essay which contains so many more, including a lovely reading of my favourite Cather novel, The Professor’s House, in its final pages. What I’d like to stress here is that Sedgwick’s readings force us to remember that these sexuality and gender identifications, disidentifications and crossings, no matter how loudly proclaimed, are always tentative and initially unstable—reaching out and drawing back, they happen in odd spaces and in unpredictable formations. And that making these kinds of connections is also something that happens in the critic who watches, and cultivates them, who takes care, and cares for Paul, and for Cather.

In her article about Sedgwick, ‘Two Girls, Fat and Thin’, Lauren Berlant writes “In the pleasure/knowledge economy of her work, the force of attachment has more righteousness than anything intelligibly or objectively ‘true’: She enables the refusal of cramped necessity by way of a poetics of misrecognition”.(11)11) Lauren Berlant, ‘Two Girls, Fat and Thin’, in Stephen M. Barber and David L. Clark, eds, Regarding Sedgwick: Essays on Queer Culture and Critical Theory (London: Routledge, 2002), 71. In Sedgwick’s ‘Willa Cather and Others,’ I see that force of attachment at work, engaged in making and reflecting on, post-Wilde queer history by dismantling Cather’s previously clung-to cramped necessities,—by allowing Cather, Cather’s readers, Sedgwick and her readers (us), to see Paul in that mirror, as he sees himself—a misrecognition which is also a very real recognition of possibilities, identifications, communities to come.

I wanted to return, finally to that “amazing tenderness of affirmation” that Sedgwick finds in Cather’s treatment of Paul, and by extension in her revision of her relation to Wilde. I wonder if we can’t also find an affirmation in the ambivalent title of the story—on the one hand, in that title Cather does appear to present Paul as a case history, diagnosable, deviant, always subject to the punitive gaze of the law or medicine even at the oddly described moment of his suicide. But on the other hand, as Sedgwick points out, Cather’s free indirect discourse also makes a case for Paul—the Paul in the mirror who is exactly the kind of boy he wants to be, and who the story, so briefly, but so pervasively, and persuasively, allows him to be.