How to Bring Your Kids Up Gay: The War on Effeminate Boys
Robert Mills 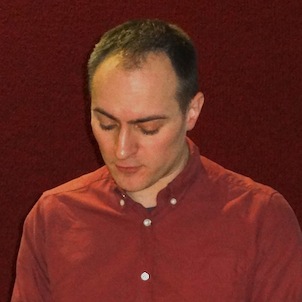 Eve Kosofsky Sedgwick’s ‘How to Bring Your Kids Up Gay’ seems no less vital today than when it was first published in 1991.(1) 1) Eve Kosofsky Sedgwick, ‘How to Bring Your Kids Up Gay,’ Social Text 29 (1991), 18–27; reprinted in Tendencies, 154-164. Sedgwick first delivered the essay at a Modern Language Association panel in 1989. In December 2012, the Daily Mail – which has previously printed several defamatory pieces expressing concern about engaging schoolchildren “as young as four” in LGBT History Month-related activities – published an article expressing only thinly disguised horror at the contents of a report recently commissioned by the BBC, which includes, among its recommendations, advice that the corporation “put more gay presenters on children’s TV to “familiarise” youngsters with different sexualities”.(2)2) Daily Mail (December 14 2012). See also Kate Loveys, ‘Gay Messages Built into School Maths Lessons for Children as young as FOUR,’ Daily Mail (January 23 2011). And just last week, during the parliamentary debate on gay marriage, the Minister for Women and Equalities, Maria Miller, sought to reassure politicians that, under the new legislation, teachers will not be expected to ‘promote’ a version of marriage to schoolchildren that’s contrary to their beliefs (a word choice inadvertently replicating the language of Section 28). Sedgwick’s essay takes psychoanalysts and psychiatrists to task for their queer-eradicating impulses rather than journalists and politicians; but her claims concerning the absence of gay-affirmative discourses, especially those designed actively to nurture the lives of gay and proto-gay kids, continue to resonate powerfully in such contexts.

Galvanized by AIDS-fuelled fantasies of a world after the homosexual, the possibility of disappearance was a major driving force for queer politics at the time when ‘How to Bring Your Kids Up Gay’ was written. In a political climate where today AIDS has been eclipsed by the high visibility of the same-sex marriage issue,and where a campaigner such as Peter Tatchell can declare – as he did last week – that “once we get same sex marriage, the goal [of lesbian and gay equality] will have been achieved”, it may seem like the ground has radically shifted in the intervening decades.(3)3) Alison Roberts, ‘Boris Won Gay Marriage For Us – But I’m No Big Fan of it Myself’, Evening Standard (8 February 2013). Or, to evoke the rhetoric of a recent, much-publicised response to queer teen suicides (the rates of which were, of course, Sedgwick’s starting point in her essay), perhaps things really are ‘getting better’ – at least, for kids able to aspire to the kinds of all-American success story that the founders of the It Gets Better Project suggest will be within reach of all queer youth if they simply hang on in there.(4)4) www.itgetsbetter.org (accessed 12 February 2012). For a critique of the normalizing rhetoric of ‘it gets better,’ see Jasbir Puar, ‘In the wake of It Gets Better,’ Guardian: Comment is Free (November 16 2010), http://www.guardian.co.uk/commentisfree/ cifamerica/2010/nov/16/wake-it-getsbetter-campaign (accessed February 12 2013); and, from the perspective of neoliberalism and the politics of bodily debility, Jasbir Puar, ‘Coda: The Cost of Getting Better: Suicide, Sensation, Switchpoints’, GLQ 18.1 (2012), 149–58.

What, now, is the state of play within the mental health professions concerning support for those same young people? The current, fourth edition of the American Psychiatric Association’s Diagnostic and Statistical Manual, published in 1994 and again, in slightly revised form, in 2000 (‘DSM-IV-TR’), continues to include a section identifying Gender Identity Disorder as a distinct diagnosis and to assign (for insurance purposes) separate diagnostic codes to childhood and adolescent/adult versions of it.(5)5) American Psychiatric Association, Diagnostic and Statistical Manual of Mental Disorders, 4th ed., text revision (Washington, DC: American Psychiatric Association, 2000), 576–582. Sedgwick points out how in its earlier incarnation, DSM-III, the GID diagnosis is highly differential between boys and girls, since within this framework girls are assigned the pathologizing label only when they actually assert their anatomical maleness, whereas for boys the range of behaviours associated with GID can include simply being preoccupied with “female stereotypical activities”.(6)6) Sedgwick, Tendencies, 156. As you’ll see from the extracts I’ve provided, DSM-IV-TR also now identifies as sufferers of the disorder girls who “prefer boy’s clothing and short hair”, adopt as fantasy heroes “powerful male figures, such as Batman or Superman”, “prefer boys as playmates, with whom they share interests in contact sports […] and traditional boyhood games”, and “show little interest in dolls or any form of feminine dress up or role-play activity”; but still, I was shocked to discover activities I myself enjoyed in childhood – playing house, expressing a liking for dolls, avoiding “rough-and-tumble play and competitive sports” – being listed here as the basis for a pathological diagnosis among boys. While DSM is designed to function as a diagnostic tool rather than as a guide to treatment, it’s worth remembering that Dr Kenneth Zucker, who headed the team that devised these criteria, controversially favours reparative therapy as a means of ‘curing’ kids whose parents come to him seeking advice on how to raise their gender nonconforming progeny. Again, in 2008, Zucker was appointed to chair the working party on ‘Sexual and Gender Identity Disorders’ for DSM-5, slated for publication in May 2013, despite protests from a number of high profile LGBT activist groups; and while in DSM-5 GID will henceforth be relabelled ‘Gender Dysphoria’ it’s likely that comparable diagnostic criteria will be deployed.(7)7) Kelley Winters, ‘Gender Dysphoria Diagnosis to be Moved Out of Sexual Disorders Chapter of DSM-5,’ GID Reform Weblog, http://gidreform.wordpress.com/2012/12/07/gender-dysphoria-diagnosis-to-bemoved-out-of-sexual-disorders-chapter-of-dsm-5/ (accessed February 12 2013).

It’s in response to such therapeutic strategies, the institutional practices they foster and the books they spawn that Sedgwick makes perhaps her most incisive point regarding the motives for enforcing binary gender during childhood. What these books are ultimately about, she notes, is a “train of squalid lies. The overarching lie is the lie that they are predicated on anything but the therapists’ disavowed desire for a nongay outcome”.(8)8) Sedgwick, Tendencies, 161. Fighting a war against homosexuality on a front where it can be hidden from view (that’s to say, the battleground of gender variance, especially as it occurs in childhood), organisations like the APA thus participate in what Sedgwick describes as a “silkily camouflaged complicity in oppression”.(9)9) Sedgwick, Tendencies, 164.

While the personalities within the health professions may have changed, these sleights of hand continue to be performed in the name of psychiatric ‘care’: look at how, in his 2003 book The Man Who Would Be Queen, the psychologist J. Michael Bailey claims certainly to have “no motive to change gay people or prevent them from being born” while, sentences later, justifying why parents might “select against” gay or gender-nonconforming kids:

The desire to spare their children the difficulties of societal intolerance of homosexuality, the desire to maximize their chances of having grandchildren, or the desire to have children like themselves in an important area of life: heterosexual marriage and reproduction. No one thinks that a Christian parents’ desire to raise their child as a Christian is evidence of their hatred of Jews or anyone else.(10)

10) J. Michael Bailey, The Man Who Would Be Queen: The Science of Gender-Bending and Transsexualism (Washington D.C.: Joseph Henry, 2003), 113–114.Arguments such as this, which bizarrely compare phenomena Bailey identifies elsewhere as biological and ‘essential’ with religiously motivated acts of parenting, are dangerous not only because they deploy a barely concealed eugenicist framework: (pages later Bailey describes homosexuality as “evolutionarily maladaptive”). They are also part of the same culture of deception that seeks, in the work of Bailey’s associate Dr Zucker, to whom Bailey devotes several admiring pages, to promote such treatments as the removal of “feminine toys and accoutrements” from boys in order to reach the desired clinical goal of preventing them from becoming “transsexual” in adulthood.(11) 11) Zucker’s treatment methods are discussed, approvingly, in Bailey, 28–31. For critical analysis, which begins with Sedgwick’s essay, see also Gustavus Stadler, ‘Queer and Disorderly,’ Social Text 100, 27.3 (2009), 210–213.If, in the latest versions of DSM, masculine girls now find themselves consigned along with effeminate boys to the haunting abject that Sedgwick so powerfully exposes, and if the aim of health professionals today, in steering kids towards identification with ‘traditional’ gender roles, is to avoid Zucker’s feared “transsexual outcome”, we should recognise that behind these trans-eradicating impulses – which themselves surely merit resistance at every turn – is a continued investment in the fantasy that mental health is synonymous with gender normativity and that teaching children the value of conforming to this fantasy is motivated by, among other things, a desire to ‘spare’ them from societal discomfort. Is it getting better, I ask? Sedgwick’s essay provocatively draws attention to the ways in which certain narratives of progress may simply be a veneer, behind which the project of normalization can be preserved unchallenged.